Governance at a Glance

Donald Hunter has more than 25 years of public company experience and has served as a board member and chairman on the Audit Committee for several public companies. Currently, Don is Principal at Donald Hunter LLC. He qualifies as a financial expert pursuant to the Sarbanes-Oxley Act and is an active member of the National Association of Corporate Directors. 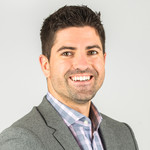 In his role as CEO, Nick is responsible for ensuring the company executes on its mission of elevating all elements of the consumption experience. He oversees the organization’s senior management team and is integral in making critical strategic, operational, and financial decisions. Nick regularly meets with key stakeholders including customers, vendors, shareholders, analysts, investors, and media outlets.

Prior to Greenlane, Nick was the co-founder, CEO and Chairman of publicly traded KushCo Holdings, another industry pioneer, which merged with Greenlane in September 2021. Under Nick’s leadership, KushCo grew from under $2 million in annual revenue to achieving nearly $115 million in fiscal 2020, with operations in multiple states and countries, and employing over 100 team members.

Nick lives in Newport Beach, California with his wife and son. His hobbies include surfing, traveling, and juggling. 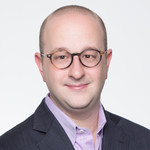 Adam is a Co-Founder and Director of Greenlane. He is an early adopter and pioneer of vaporization, and he has worked diligently to develop extensive personal contacts within the cannabis industry. Adam played an integral role in the adoption and success of numerous successful brands in the vaporization space that have become household names. He has a keen understanding of the diffusion of innovation and a mastery of the web marketing, advertising, and search engine optimization techniques to accelerate that diffusion. Adam studied International Business and earned his bachelor’s degree at Evergreen State College in 2006. 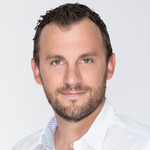 Aaron is the Co-Founder and former President and CEO of Greenlane. As President, his role was to advocate cross functional alignment and collaboration within Executive leadership, sharing his deep institutional knowledge and understanding of consumer goods with the team.

Prior to Greenlane’s merger with KushCo Holdings in September 2021, Aaron was the acting CEO for 16 years, managing day-to-day operations, as Greenlane flourished into an industry leader. In April 2019, he led Greenlane through an IPO on NASDAQ.

Aaron holds a degree in Accounting from Valencia College.

When not in the office, you may find Aaron fishing the deep waters of the Atlantic, working on his fitness, or spending time with his wife and three beautiful, active children.

From September 2013 to March 2017, Mr. Uttz served as the Chief Financial Officer of Shake Shack Inc., an international burger restaurant chain. From September 2001 to June 2013, Mr. Uttz served as the Chief Financial Officer of Yard House USA, Inc., a full service restaurant chain. Prior to that, Mr. Uttz held a number of positions at CKE Restaurants, Inc., working his way up from Manager of Corporate Banking to Vice President of Finance. Mr. Uttz began his career at KPMG where he obtained his C.P.A. From July 2017 to July 2018, he also served as a non-executive director of Pret a Manger, an international sandwich shop chain. Mr. Uttz received his Bachelor of Arts degree in Business Administration from California State University, Fullerton. He brings to the board extensive financial expertise and significant experience in public company financial leadership.

Since June 2017, Mr. Taney has served as Managing Director of Tuatara Capital, LP, a cannabis industry-focused private equity fund. From April 2016 to July 2017, Mr. Taney served as the founding member of T2 Capital Management, LLC, an investment and advisory company focused on the cannabis industry. From October 2010 to April 2016, Mr. Taney served as President, Chief Executive Officer and director of Curaleaf, Inc. (formerly PalliaTech, Inc.), a cannabis cultivation and distribution company. Prior to co-founding Curaleaf, Inc., Mr. Taney was President and Chief Executive Officer of Delcath Systems, Inc., a medical technology company. Mr. Taney also served as Chairman of the Board of Directors of MGT Capital Investments, Inc., another medical technology company. Prior to assuming his public company management positions, Mr. Taney spent 20 years advising institutional and high net worth clients at Salomon Brothers, Goldman Sachs, Merrill Lynch and Banc of America Securities. Mr. Taney received his Bachelor of Arts degree from Tufts University and a Juris Doctor degree from Temple University School of Law. He brings to the board broad management and finance experience as well as extensive experience in the cannabis industry. 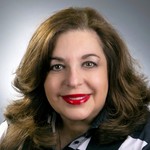 Ms. Persofsky has served as the Chief Executive Officer of Strajectory Corp. since 2010 and was an Executive Consultant of Canadian Imperial Bank of Commerce from 2011 to 2021. She presently serves as the Vice Chairwoman and Lead Director of Tilray Inc. (Nasdaq:TLRY) (previously Aphria Inc.), from October 2017, as well as Executive Chairwoman of Green Gruff Inc. since July 2019. Ms. Persofsky is also currently a Board Member of K.B. Recycling Ltd., (Alkemy) and Hydrofarm Holdings Group (Nasdaq:HYFM). Ms. Persofsky has also previously served as an Executive Consultant to many iconic brands including Tim Hortons, Canadian Tire, Canada Post and Interac, and was an Executive Officer of the Bank of Montreal. She previously co-chaired the Canadian Minister's Advisory Committee on Electronic Commerce, as well as served as a Special Advisor to the Minister of Foreign Affairs and Trade.